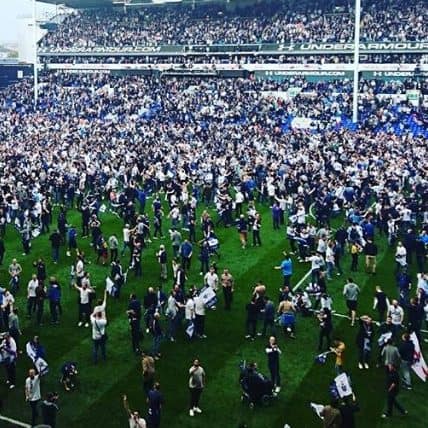 The beautiful game has always had a knack for bringing people together whilst simultaneously causing rifts in friendships – it’s magical!

Fantasy football is a game that casts you in the role of a Fantasy Football Manager, given the task to pick your Team of real-life players who score points based on their real-life performances in their matches.

To play Fantasy Football you’ll need to pick a team that will represent you each week of the season. Over each of those weeks, they will score you points which will add and subtract to a total that will be compared to other teams in your mini-league with prizes at stake.

Silver Fox hosted an open Sky Sports fantasy league for all to participate last season, the points have been totted up and the winners are as follows:

If you are wondering how these guys bagged their Prizes you can read our guide below, typically the players you select for your team score points for actions such as:

Playing matches –  If a player plays for his real-life team he’ll earn you some points for your fantasy team.

Scoring goals –  The more goals the player scores as in real-life, the more points he’ll score for your fantasy team.

Keeping clean sheets – Players who take part in a match and in which their real-life team prevent the opposition from scoring will score points for your fantasy team. (This method of scoring points is normally only available for the defenders and goalkeeper in your fantasy team).

Earning Assists – Players who make a pass which then leads directly to a goal scored by their real-life team can earn points for your fantasy team.

Playing Well – Some Fantasy Games allow your players to score points for good performances in their real-life team. So if a player wins Man of the Match in real-life, he could earn your extra points in addition to those mentioned above.

You need to assess and react to injuries quickly. Monitor injuries and bans table regularly to check on your team and if a player looks to be out for 2-3 weeks consider replacing him as this could well mean a 3-4 game absence given that he’d have to regain his match fitness and place in the side.

If you have players out you need to look at just how serious an issue this is on a player by player basis. As a rule, it’s something you need to consider acting upon. Even if the player is getting on as a sub or even starting 75% of the first five games, if he has competition for his place, then it’s something you may have to deal with over the entire season. If you have an alternative on your shortlist who is more reliable and scoring well, it might be best to make the change early rather than have one player distract you and have you guarding transfers for the opening few months.

As for the player’s form, this will vary throughout the season. Keep an eye out for in-form players but don’t be fooled by the one-week wonders who hit a hat-trick and then never follow it up for the rest of the season!

There will be a lot of information to go through if you’re going to try to stay on top of things but you could just roll with it and see what happens if you are confident with your Team! We hope to see you taking part next season.